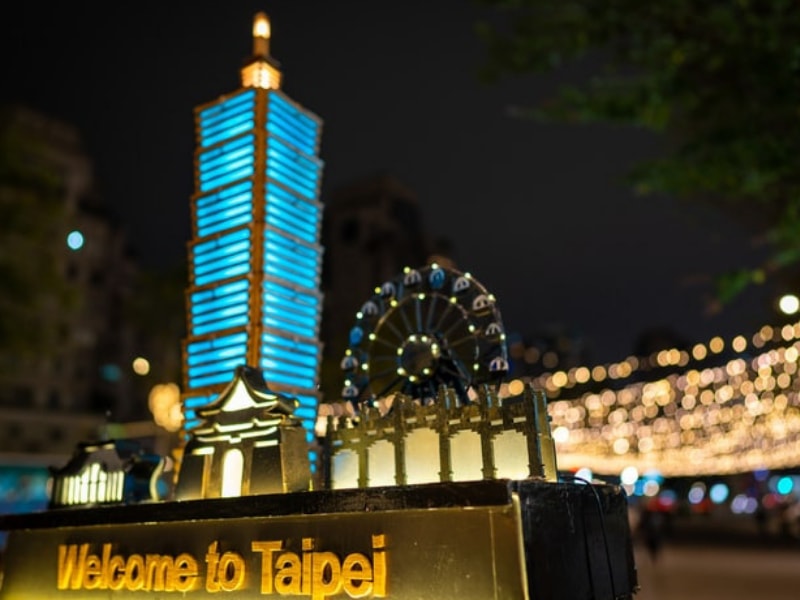 Taiwan is a contrast of the new and old, cities an eclectic mix of farmers markets, old accommodation areas and traditional buildings, against modern skyscrapers, and a modern transportation system. With a population base similar to that of Australia, with approximately 24 million people in a space of about 36000 square km. The island could easily fit inside a small part of Queensland.

When visiting a city for the first time. the best way to learn how it functions may be to ask one of the local cab drivers or Uber drivers. More and more of these drivers are learning English, and many will make an effort to try and converse with foreigners. This is especially true in the case of Uber, with drivers being predominately from the younger generation, with cars that are well maintained and modern, they are keen to practice their English.

Taiwan boasts a wealth of food and cities with different, remarkable geographic conditions, that enables the growth of different crops and an assortment of fruit that surpasses what we can find in Australia, due to the unique weather conditions. That said though, it can get a little warm here. These cities possess their own unique features and are known for their respective agricultural products. However, in addition to possessing an assortment of agricultural products, these cities also hide hidden treasures that are waiting to be discovered. The respective governments are currently in the process of re-branding their respective domains.

The cities are remarkable clean places to live in terms of litter, with workers both cleaning up litter and sweeping up leaves every morning. Students participate in this practice in their schools at well. What may be surprising to most people new to the city, is that there are not bins to be found, unless you look on the modern MRT (underground rail) system, but even the are scarce. Everyone seems to pick up after themselves, and recycle as much as they can. The Taiwanese take pride in their living environments.

However, again at certain times of the year, the pollution can be a challenge, with most people opting to wear face masks to insulate themselves from the air outside.

It is a country that places a great importance on the development of English, and in a similar fashion to places like Singapore, wants to become a bilingual society. Many students see Australia as a fantastic study option for post graduate study, and they actively study into the evening, mostly IELTS classes and conversation classes in order to prepare themselves to survive in the Australian environment.

One of my students is moving in a different direction again and rather than studying year 12 in Taiwan, where students face high pressure exams, before applying for a limited number of spots in the Taiwanese university system…. instead he has applied and has been accepted to to study a foundation program at an Australian university after he turns 18. From here he will enter straight into the university system and at completion, will find himself years in from of his friends, who have opted to take a traditional study pathway.

I will share more later, so that you can see what it is like for a foreigner living and working in an Asian destination.